Well, how cool is this? I’ve been nominated for a Liebster! Many thanks to YvoCaro over at A Lady and Gaming for the nomination, you made my day! :)

So what is a “Liebster”, you might ask? Read on to find out!

Simply put, the Liebster is an award one blogger gives another. It’s a fun, friendly way to say “Nice job!”. Your readers and fellow bloggers get to learn a little more about you, and following the chain of Liebster links is also a great way to find awesome, largely undiscovered blogs. Everybody wins!

Can you tell something typical about the country you live in?

This is tougher than it sounds! To answer this, I tried to think of things I’d be either excited or nervous to tell someone who had just arrived for the first time from another country.

Let’s start here: I live near Portland, Oregon, USA. I guess the first thing that comes to mind is just how beautiful it is here. There are numerous vineyards and wineries within miles of my house. Every morning on my way in to work, I drive along a road that winds its way through hazelnut orchards. There’s even an olive mill that’s not too far away.

I work in downtown Portland, which is beautiful in its own right, but then there are also forest hikes, a rose garden, and an amazing, traditional Japanese garden, all within a few miles of the city proper.

So while it’s true that it also rains quite a bit, the results are well worth it (and besides, I love the rain, too!).

Why did you take up blogging?

In a nutshell: To make meaningful connections with people while learning about myself.

I’ve journaled for years. It’s helped to sort out my thoughts, to test and refine ideas. It’s also been a great way to work through tension and anxieties. Blogging is a natural extension of that, with the added benefit of turning those personal ruminations into a public conversation.

Also, I’d like to make my own video games someday (soon). I’m learning to write critical analyses of games to help learn about game design.

Do you set yourself a goal of number of blogs per week or month?

I wish that were true, but no. Due to chronic writer’s block, I can’t yet write on a reliable schedule. I’m hopeful that will change, and that within the next six months I’ll be writing regularly enough for those kinds of goals to be realistic.

Where do you get your inspiration to write?

Like many bloggers, my ideas come from things that are personally important to me: questions of faith, philosophy, culture, and so on. I guess you could say I’m rather fond of navel-gazing.

What’s unusual to me is the way my ideas coalesce: Video games have been the key.  They’re an indispensable catalyst in working out my thoughts. 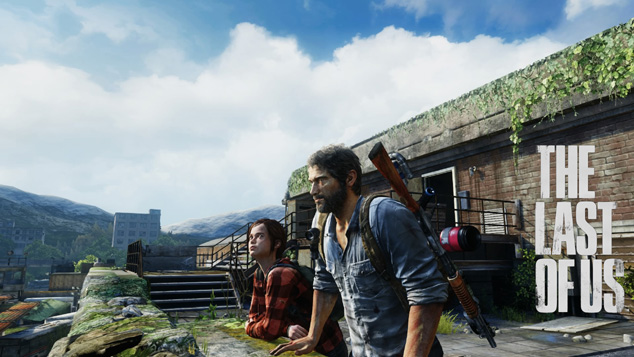 I sometimes worry people might find that shallow or trivial, but I take games very seriously. They have tremendous, largely untapped potential to tell stories, convey ideas, and even to change people in positive ways.

Do you own more then one gaming device, and which ones?

I do! I mainly play games on either my PlayStation 4 or my PC, but I also have a PlayStation 3, a Wii, and a Wii U (which belongs to my son, technically). I guess phones count as gaming devices these days, but I’ve only ever played one game on my phone (but it was a good one, I should blog about that…).

What are your favorite kind of games?

Games that tell stories in deeply engaging ways. Games that connect you to the experience intellectually, emotionally, and personally. My best example so far is The Last of Us. Prior to that, I really enjoyed Ico, Shadow of the Colossus, and the BioShock series.

What are your three favorite movies?
What is your go-to music when you feel sad?

Any of Harold Budd’s collaborations with either Robin Guthrie or Brian Eno.

Does your work or study match your blogging topics?

In terms of my work, not so much. I work in technology, but my day job has nothing to do with gaming, nor does it concern philosophy, faith, etc.

I’ve thought about maintaining a separate, “professional” blog about programming, technology, and team development, but it’s not gone anywhere so far. Maybe someday.

If you have a partner, is he or she into gaming?

I have a lovely wife of twenty-five years (she’s on my nominee list below). She and I both enjoy playing games, but our tastes don’t often overlap. She mostly enjoys light, mobile, or social network games.

While she doesn’t enjoy sitting in the driver’s seat for games like BioShock or The Last of Us herself, she likes to watch as I play. That started back when I played through the Uncharted series, and I have to say, we make a great team!

What kind of pet do you have?

I have two cats, both of which are very sweet. However, as much as I love them, I have to say, I’m kind of done with the idea of pets in general. I could always have a change of heart, but barring that there won’t be any more pets after they pass on. Sorry if that sounds mean!

Fun Facts About Me

This was excruciatingly difficult! I am a contentedly serious, boring person. Prepare to be underwhelmed.

Questions for My Nominees

My Nominees for The Liebster

That’s it! Thanks again to Yvonne, and best wishes to all my nominees! I hope you have as much fun with this as I’ve had!

5 thoughts on “My Liebster Award”